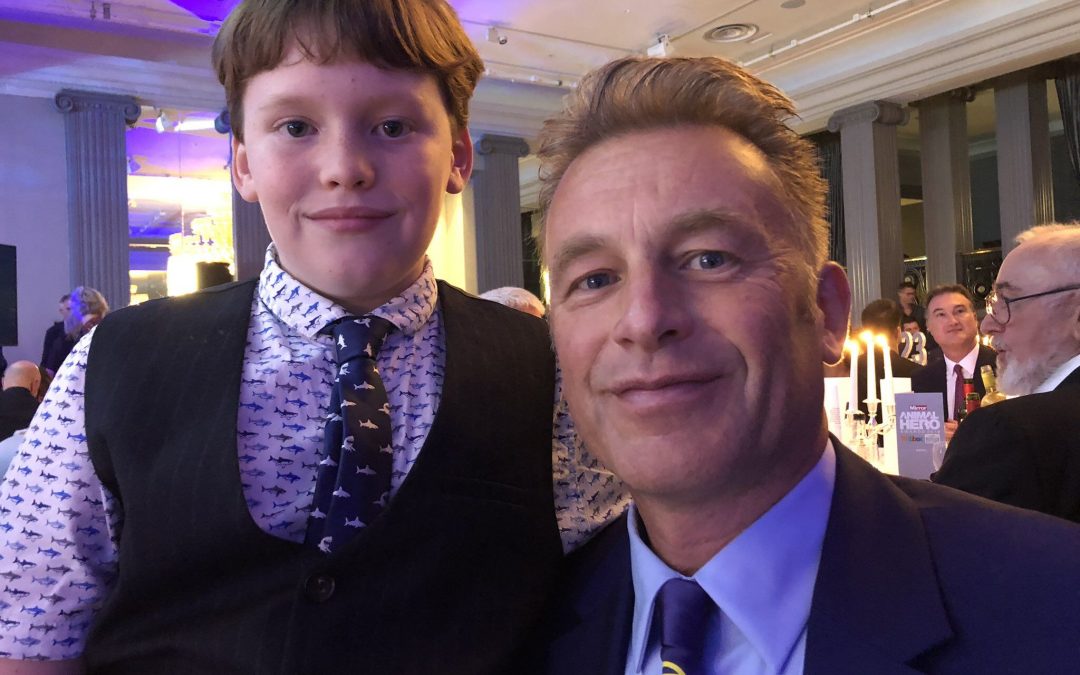 Finlay, through the staff he met at the A Focus On Nature conference, was invited behind the scenes of the Natural History Museum to view their extensive shark collection. He spent a very happy hour chatting with the head curator of fish about their shared passion for sharks. Reason enough for the Ullapool Shark Ambassador to head to London you would think, but the main reason for the trip was to attend the Daily Mirror Animal Hero Awards. Finlay had been nominated in the Young Animal Hero category for all his wildlife and climate campaigning.  It was a very posh do and we had a lovely meal with Gillian Burke (Springwatch) and Chris Packham CBE on our table of 8 !

The awards started and thankfully Finlay’s category was second so he didn’t too long to wait. Well when the video started the penny finally dropped that he had won ! He spoke with Steve Backshall and his wife Helen Glover about what he had been doing and was then presented with his award by Liz Bonin and Ben Fogle, who both went out of their way to say what a fantastic young man he was. They both plan to be in touch to discuss future events.

The surrealness continued next morning as Finlay was invited on to the Victoria Derbyshire show on BBC2 to talk about his award and all his campaign work.

During dinner Finlay and Chris Packham discussed his shark fin campaign and Chris offered to help set up a parliamentary petition to raise awareness over the issue. Chris himself was there to present an award and also to receive the Outstanding Contribution award for all his amazing campaign work protecting wildlife and continuing to ‘Shout above the noise’ even in the face of all the abuse and death threats he receives. 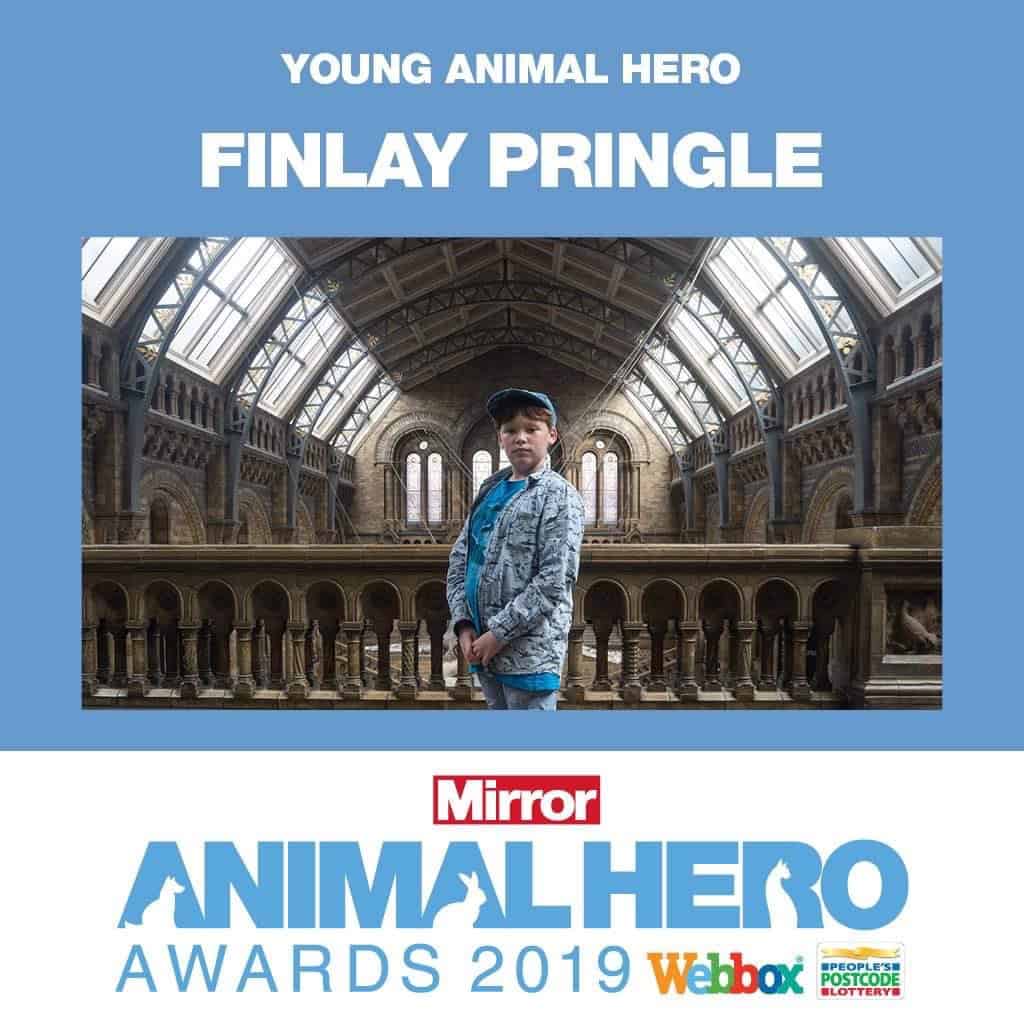 I was disappointed that a shark attack sensationalising article appeared in the Daily Mirror just after winning their Animal Hero Award and I felt compelled to write to them! – this is my letter, first published on my facebook page for speed!

I am writing to you to tell you how upset I am about this article about sharks.

I recently won the Young Animal Hero Award 2019 that your newspaper sponsors. I won this award partly for all my campaigning work to promote a positive image about sharks. Negative, sensationalist articles like this perpetuate the myth that we should be afraid of sharks.

In fact on average only 5 people are killed by sharks each year compared to the 100 million sharks killed by humans each year. 73 million sharks are killed to make shark fin soup with the rest of the animal discarded or worse thrown back into the sea alive, having had its fins removed, to die a slow painful death. Your article correctly states that there have only been 63 recorded deaths due to sharks EVER. Last year alone over 250 people died while attempting to take selfies. Puts the issue into perspective don’t you think ?

Instead of being afraid of sharks we should be afraid for sharks. They are apex predators, we need them to maintain balance in our marine ecosystems. Healthy oceans need healthy shark populations.

How about printing some articles about the despicable shark fin soup trade instead ?
Thanks Finlay