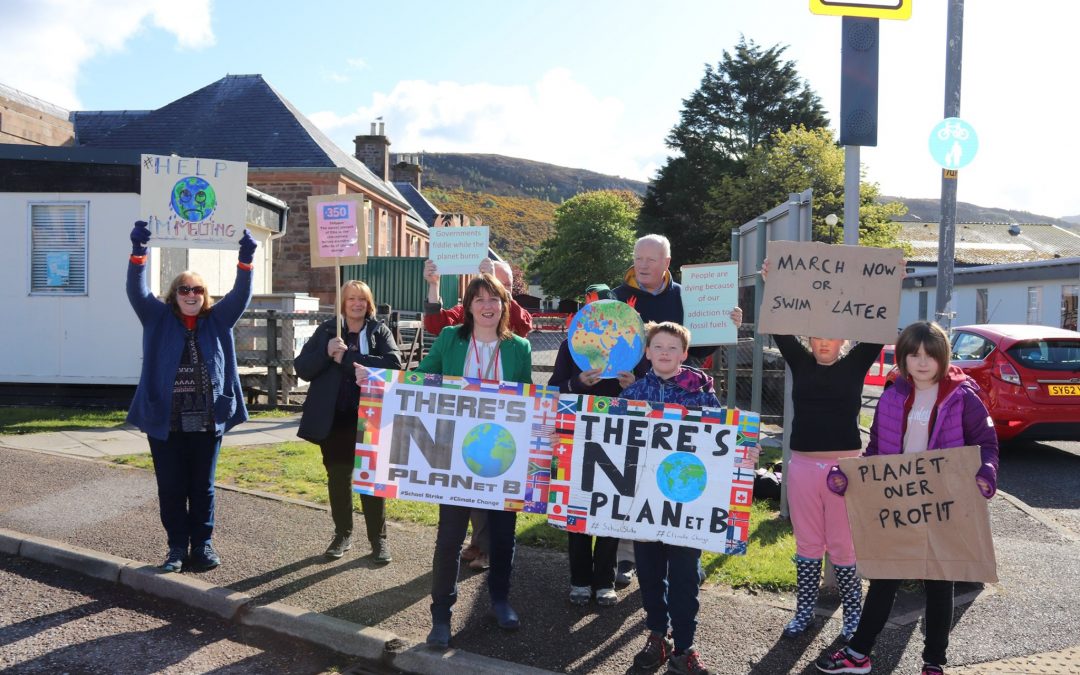 My family went  to John O Groats for Orcawatch last week and decided to school strike climate action for there.Friday 24th May was another Global Protest for Climate Action and we made our protest at the famous John O’Groats sign. Suzie Hall anti plastic campaigner from Plastic-Free Me UK and Steve Truluck a family friend and fellow WDC ShoreWatch volunteer  joined us. Meanwhile Megan Ross and our supporting Grey Power ladies were striking in Ullapool in our usual spot outside Ullapool Primary School.

Megan has also been super busy around the village in Ullapool placing metal buckets with posters asking grown-up smokers to bin their cigarette butts. Megan is greatly concerned about the harm done to marine life when cigarette butts end up in the sea. Being a coastal village, this is a big risk.

My family travelled to Aberdeen for the RSPB Dolphin Festival and because we were so from home on Friday 26th April we staged a school strike at Aberdeen council offices Doug Allan, joined us. Doug is renowned as a wildlife cameraman he has worked on productions like Blue Plant, Life in the Freezer, Life on Earth – awesome chap. Doug gave the opening talk for the Dolphin Festival. He has seen for himself the impact of climate change on the planet throughout his filming career. We had previously met Doug and he is very passionate about spreading the word that we all need to do more for our planet. Meanwhile Megan and the Grey Power supporting ladies were also striking in Ullapool at our usual location just outside the Ullapool Primary School.

The announcement on Monday 29th April was HUGE!

Nicola Sturgeon, Scotland’s First Minister declared a Climate Emergency making Scotland the first country in the world to do so. Everyone who stood up for climate action helped achieve this. It was fantastic to see that Welsh and UK Parliaments quickly copied that.

On Thursday 9th May Highland Council for the area where I live also declared a climate emergency. In Ullapool our regular strikers were delighted. It was our 21st week on school strike for climate action the following day and MSP Maree Todd stopped by to chat, listen to our views and support our campaign. A couple of days later Ireland had also declared a climate emergency.

I will be continuing to strike with my sister Ella and our friend Megan because it is action that is needed not just declarations of the climate emergency. We are so happy to have support and want to thank everyone who has join our strikes. The #GreyPower ladies have been especially fantastic, thanks so much for all the waves and tooting horns too it’s great to know so many people support us. We are very welcoming of anyone that would like to join us outside Ullapool Primary School on Fridays between 8.30 and 9.30am. 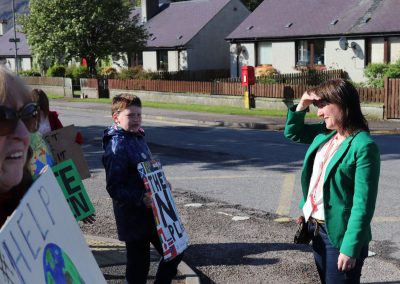 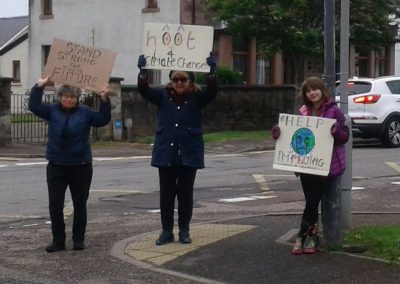 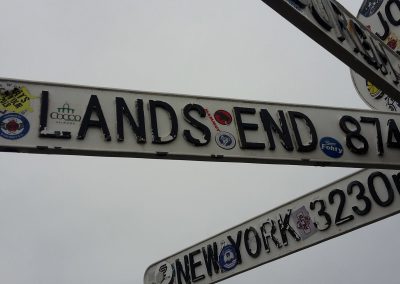 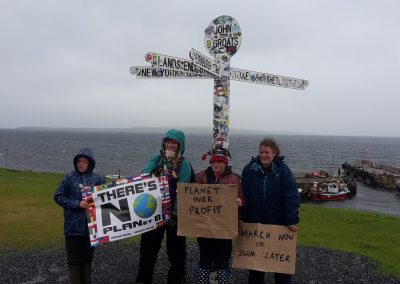 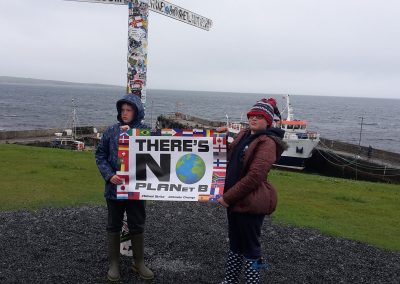 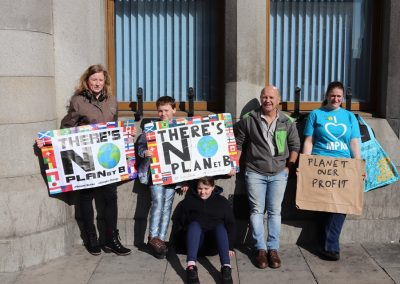