Delighted that since writing the letter below, a couple of years ago as part of the Bite Back campaign, there has been some positive action from the UK Government.

In May 2021 the UK Government banned the import and export of Shark fins.

There were lots of steps involved which brought about this ruling. Read about the actions which led to the UK Shark Fin Ban Here is a copy of the letter I have written as part of this campaign:- Trying to get Shark Fin Soup off menus.

My name is Finlay Pringle. Last year I was appointed as a shark ambassador by Sea Shepherd in recognition of my efforts to save sharks. In addition I am also the shark ambassador for my local conservation group Ullapool Sea Savers.

I was given the name of your restaurant by the shark conservation charity Bite Back. I am writing to ask you to please stop selling shark products in your restaurant.

Sharks are under serious threat and declining worldwide with 100 million being killed every year. 73 million of these are killed and made into shark fin soup.

Most of the fins are removed while the sharks are still alive, the sharks are then thrown back into the sea to die a slow and painful death. This would be like chopping off a kids arms and legs and then leaving them in their bedroom to die. This disgusting practice has to stop and we can only do this by not eating sharks or selling shark fin soup.

So I am writing to ask all restaurants like yours in the UK to stop exploiting sharks by selling shark fin soup. 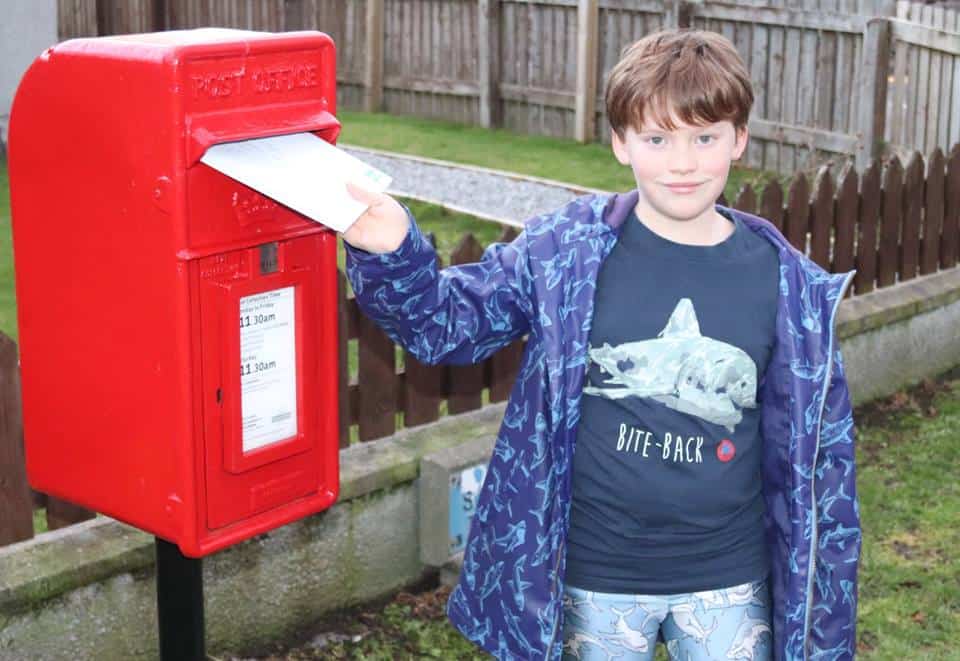