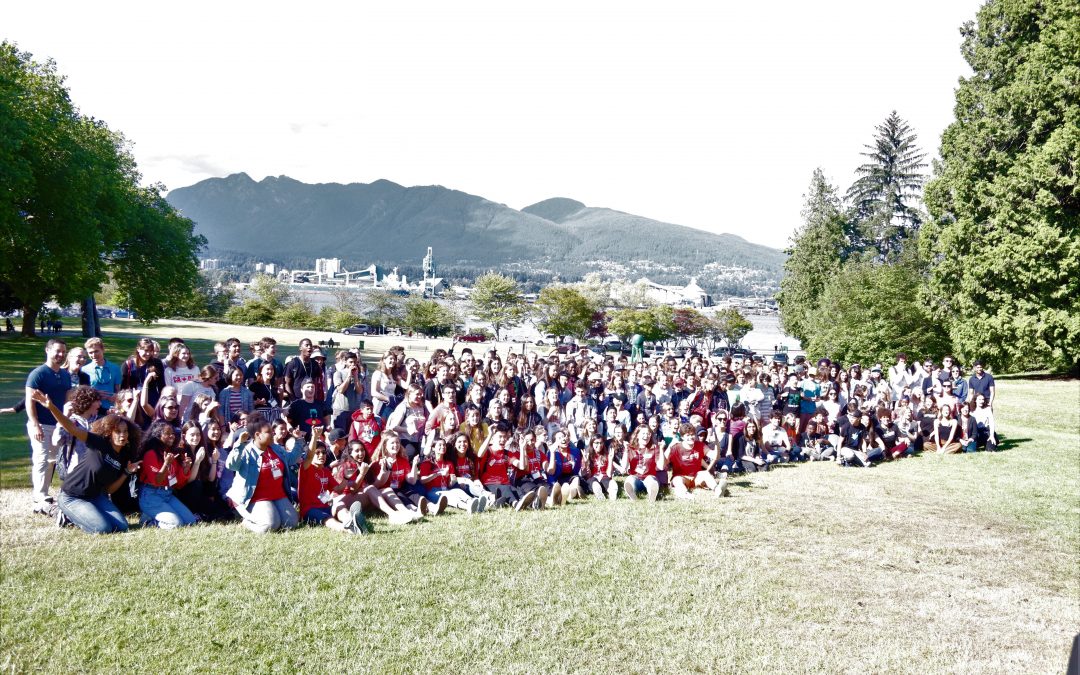 Finlay is home now and just about recovered from all his travelling!

He had a fantastic time in Vancouver, Canada at the Ocean Heroes Bootcamp where he spent three days with 300 like minded children learning a host of new skills which he is looking forward to putting to good use in future campaigns. The days were very long and intense, starting at 07:00 and finishing as late as 22:00 on the Saturday. As a parent it was truly humbling to be in the same room with such amazing kids who have such energy, positivity and are all working so hard to educate others about the issues facing the marine environment.

He was also delighted to meet, chat and exchange ideas with fellow climate activist Jamie Margolin, founder of This Is Zero Hour and probably the most well known youth activist in America.

All the people Finlay met commented to me on how fantastic he was to have such an amazing knowledge and firm grasp of the issues impacting our planet at the age of 11. Happy to report that he did himself, Scotland and the village of Ullapool proud.

It was n’t all work however! Prior to the bootcamp starting we had a trip out of Steveston Harbour with Vancouver Whale Watch and we were fortunate enough to see Orca! We spent 45 minutes in the company of Transient pod T65As and managed to get some great photos of the mother and her 4 children. Also on the trip we saw Bald Eagles, Stellar sealions and porpoise. A pretty amazing wildlife experience and highly recommended if you are ever out there.

On return to the UK we went straight to the Childrens Media Conference in Sheffield where Finlay gave an 8 minute presentation, as 1 of the 10 invited ‘Change Makers’, about what he has been up to since he started campaigning 16 months ago. He is apparently by some distance the youngest person ever to be selected for this role in the 16 years that the conference has been in existence. The conference was amazing and a real who’s who of global children’s media, Disney, Discovery, Nickleodeon, Aardman etc. His speech to the delegates was very well received, see the ChangeMaker speech video

On the back of his appearance at the conference he has already been approached to collaborate on several connected projects to produce learning resources which will be available to all schools in the UK to educate young children about sharks, the marine environment and climate change. Looks like the Killer bees might be getting another outing! Watch out for further exciting developments to come.