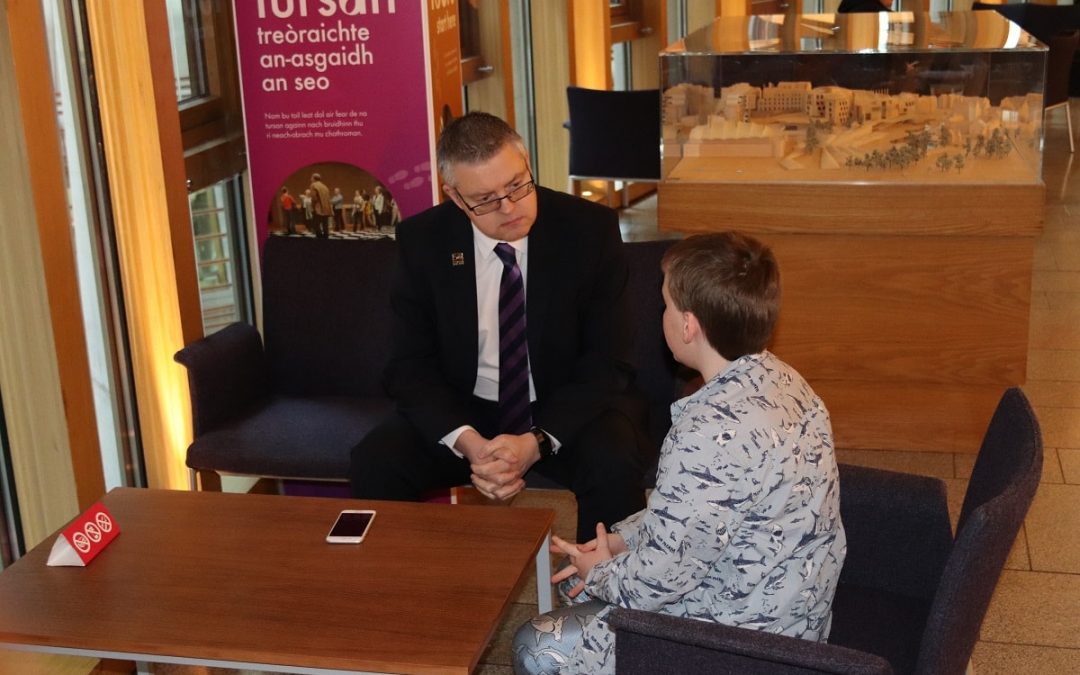 Me, Ella and Megan were invited to the Scottish Parliament, Holyrood by the Environment, Climate Change and Land Reform Committee (ECCLR) to talk to MSP’s about our climate striking and climate change. It was a round table event so we were sat with the MSP’s and ten other young climate strikers from around Scotland. This is the first time a group of kids has been asked to speak to such a committee. We all had a chance to speak to the MSP’s and delegates from the IPCC and ask them directly what they are doing / planning to do to combat climate change.

We were given a tour of the Parliament and I asked them to show us what they are doing in the building for the environment. As well as recycling in the restaurant, making office work as paperless as possible, they have a roof on which they are planting flowers which attract butterflies and bees. They collect honey from the bees and sell it in their shop. The building also has no air conditioning.

I did see that the Oil and Gas UK had a stall in the parliament where they were lobbying next to the door to the debating chamber before the Climate debate which was a bit controversial!!

In my lunch break I met up with Stuart McMillan MSP who is the species champion for the Basking shark. We talked about my shark fin soup campaign, Bear Grylls and keeping sharks in captivity. We also had a good chat about the need for a Marine Protected Area to help save Basking sharks. Whilst I was doing that Ella and Megan were being interviewed by the ECCLR social media team.

After lunch we went outside and joined in the climate protest which had been organised to happen while the Climate debate was on. I got talking to Mark Ruskell MSP and Ross Greer MSP about our campaigning and managed to get a picture of them doing the ‘shark fin’ pose. The rest of the afternoon we listened to the MSPs climate debate which only 30 MSPs attended. I was disappointed with this and that they all were trying to set targets for 2030 which is too late. 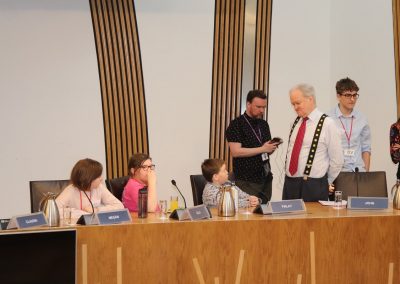 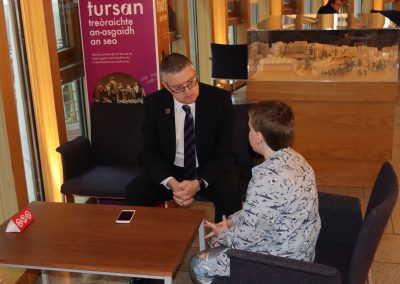 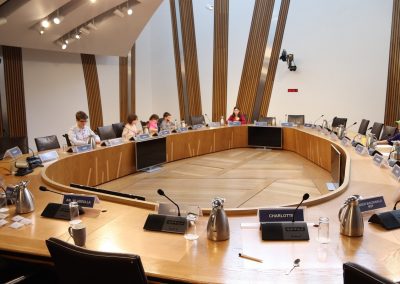 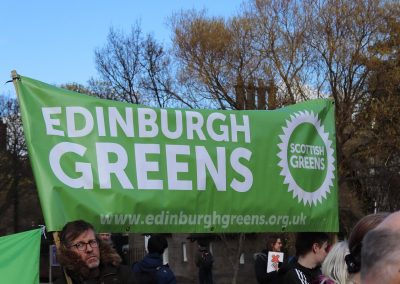 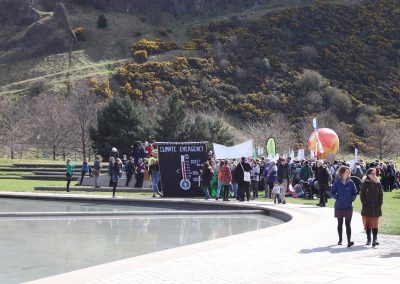 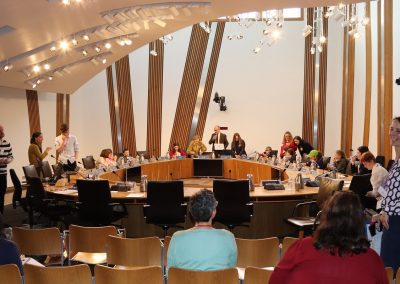 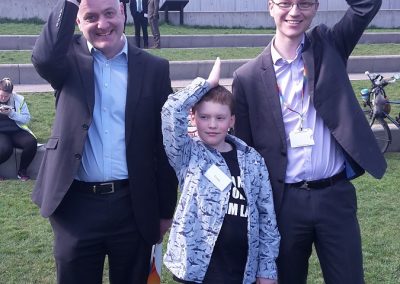 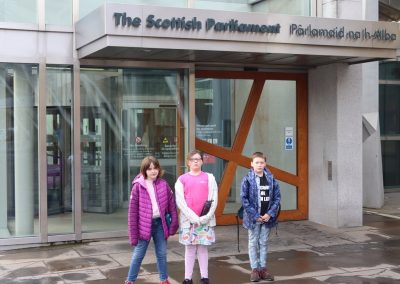 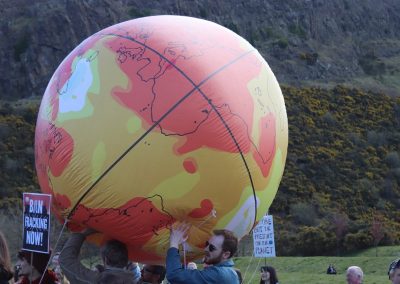 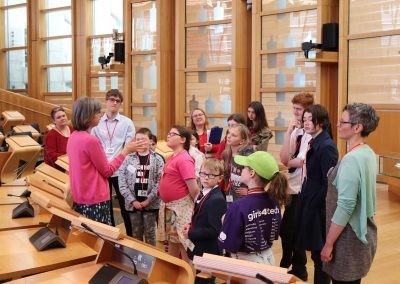 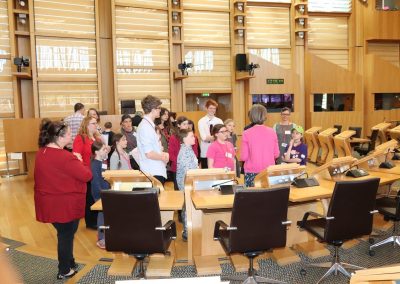 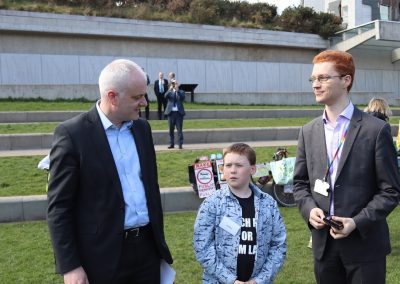